Posted by sunmultisport on January 10, 2017 in Uncategorized | No Comments

Boston, MA – January 10, 2017 – Sun Multisport Events today announced the RACE-MANIA Summit & Expo will be held on Sunday, March 26, 2017 at Boston University’s Fit Rec Center in Boston, MA. Formerly known as TRI-MANIA, the event has been re-branded RACE-MANIA to reflect a focus on endurance sports that will go beyond triathlon to include “single sport” athletes that just swim, bike or run on the road, along the trails or across an obstacle course.

While the name has changed, the event’s winning formula has not. RACE-MANIA is designed to educate, equip and excite athletes for a new season and features expert speakers; informative and inspirational seminars and clinics; competitive events; a vendor exposition; and exciting giveaways including the Grand Prize – a 5-night/4-day 2018 RaceQuest Travel Training Camp in Costa Rica.

Located at 915 Commonwealth Avenue in Boston, MA, Boston University’s Fit Rec Center provides state-of-the-art facilities for RACE-MANIA, including 25,000+ square feet for the exposition and seminars, multiple classrooms for an expanded clinic and workshop schedule, an indoor track, a world-class pool, and more. For attendees driving to the event, the facility offers ample parking at the Agganis Arena garage and other BU lots. Visit the Getting There page of the RACE-MANIA website for more information.

RACE-MANIA is produced by the award-winning team at Sun Multisport Events. In addition to RACE-MANIA, Sun Multisport produces a series of endurance events throughout New England ranging from sprint to half-distance triathlons plus a trail running series. Sun Multisport won “Best Race Series” and its Patriot Half won “Best Small Race” (less than 1,000 athletes) in the 2013 Triathlete’s Choice Awards administered by Triathlon Business International.

This message is only visible to admins.

Error: An access token is required to request this resource.
Type: OAuthException
Solution: See here for how to solve this error 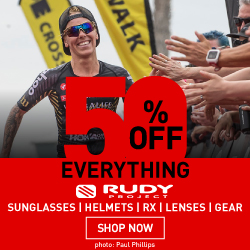